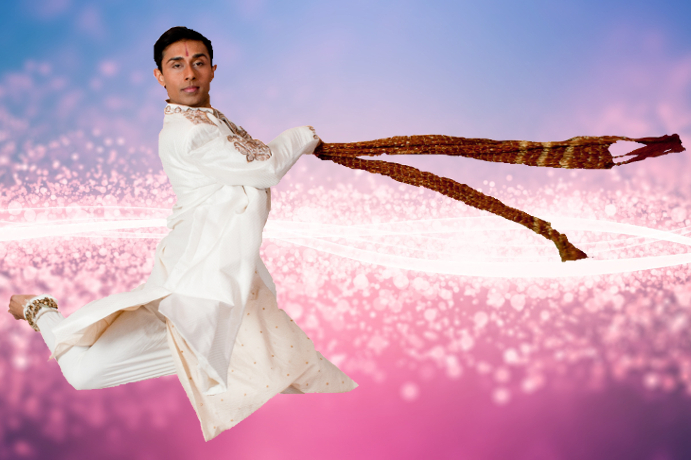 The song we are using for Khushi Does Bollywood is ‘Chaiyya Chaiyya’ (from the 1998 Hindi film Dil Se) and is featured in the opening of the second act of the musical Bombay Dreams. In 2003, ‏the BBC World Service conducted an international poll to choose the ten most popular songs of all time. Around 7000 songs were selected from all over the world, and people from 155 countries voted “Chaiyya Chaiyya” ninth in the top 10 songs.

The dance has been choreographed, and will be led, by cutting-edge Indian dancer  Ash Mukherjee (pictured above). Highlights of Ash’s varied and critically acclaimed career include being hand-picked to duet with Michael Jackson in his ‘This Is It!’ concert tour, choreographing Katie Melua’s music video ‘The Flood’, appearing on BBC Three’s ‘Move like Michael Jackson’ and dancing for Mother Teresa.

You can watch and learn the Khushi Does Bollywood dance as choreographed by Ash here.

Also helping us with the project is Arunima Kumar, one of India’s most versatile leading Kuchipudi dancers.

Khushi Feet would like to express their thanks to both Ash and Arunima for their generous support for Khushi Does Bollywood.