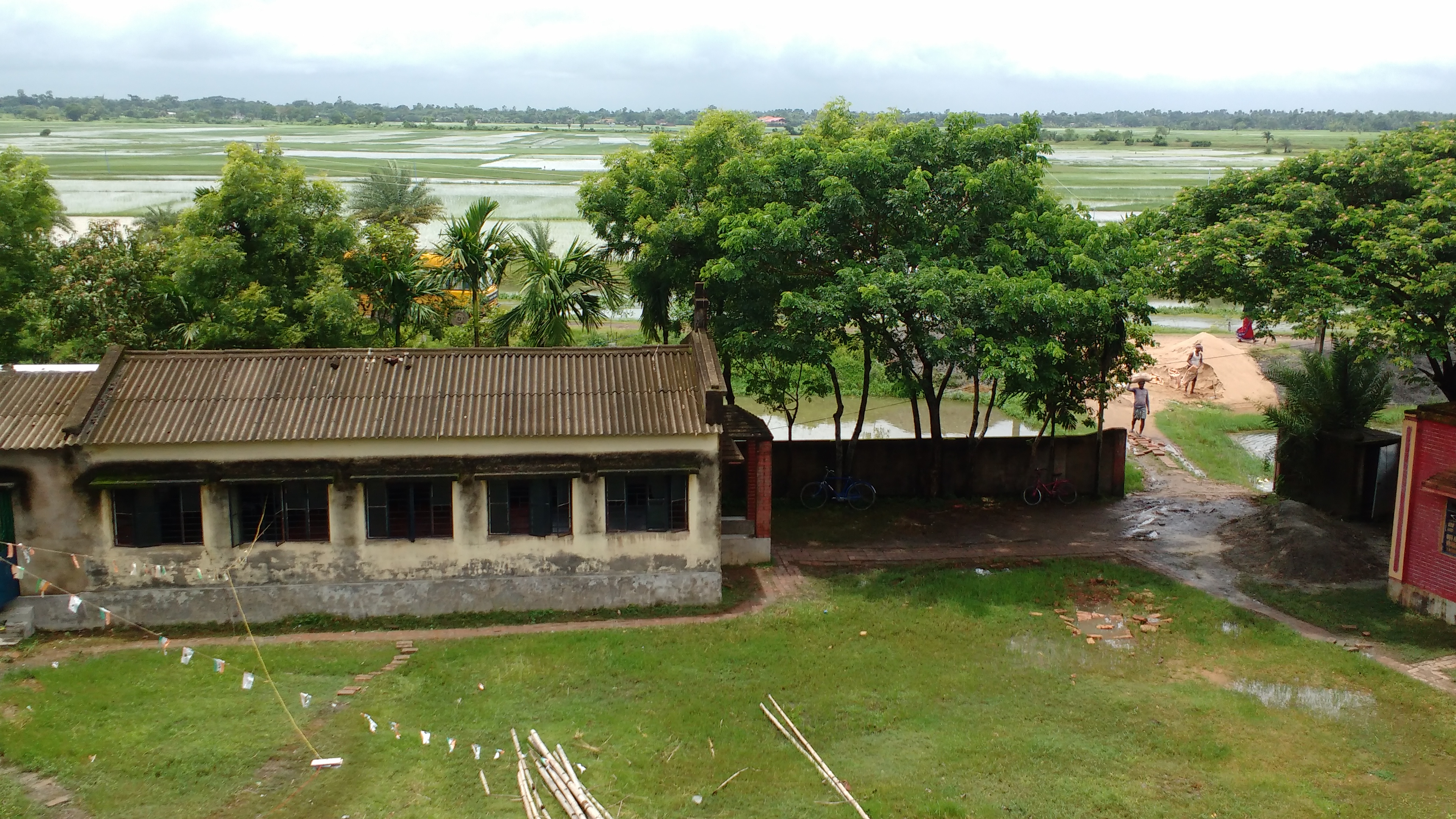 By the Team (a collaborative effort)

Today we visited the school in Pathesesh – a village in a very remote area. The bus arrived promptly which was just as well as the journey was two and a half hours long! Here’s how the team have described the journey:

Once we arrived, there was a mad rush for the toilet, which thankfully wasn’t a squat toilet but it did lack a door. This is because they’re in the process of building new parts of the school, which was very exciting to see. The construction work (which only started last year) is not complete, however we were told that as soon as a classroom is ready it is furnished with desks and a blackboard – these builders and decorators don’t hang about!

Pathesesh is such a lovely rural part of Kolkata. Here’s how the team have described the area:

It was nice to be somewhere with fresh air away from the pressure of the city. But we weren’t there just to enjoy the countryside. We had school kids to meet…

We had a quick sing-song with the kiddies and gave them “candies” and stickers. The delight on their face was indescribable… But the team have tried to describe it even so:

We had a delicious Byriani for lunch at the school before clambering back onto the bus for the journey home. Some of us are quite tired after today. Here’s how the team have described how they’re feeling:

But don’t worry, after a chilled-out evening and a good night’s rest, we’ll be back with a bang and renewed strength ready to take on what tomorrow has in store.