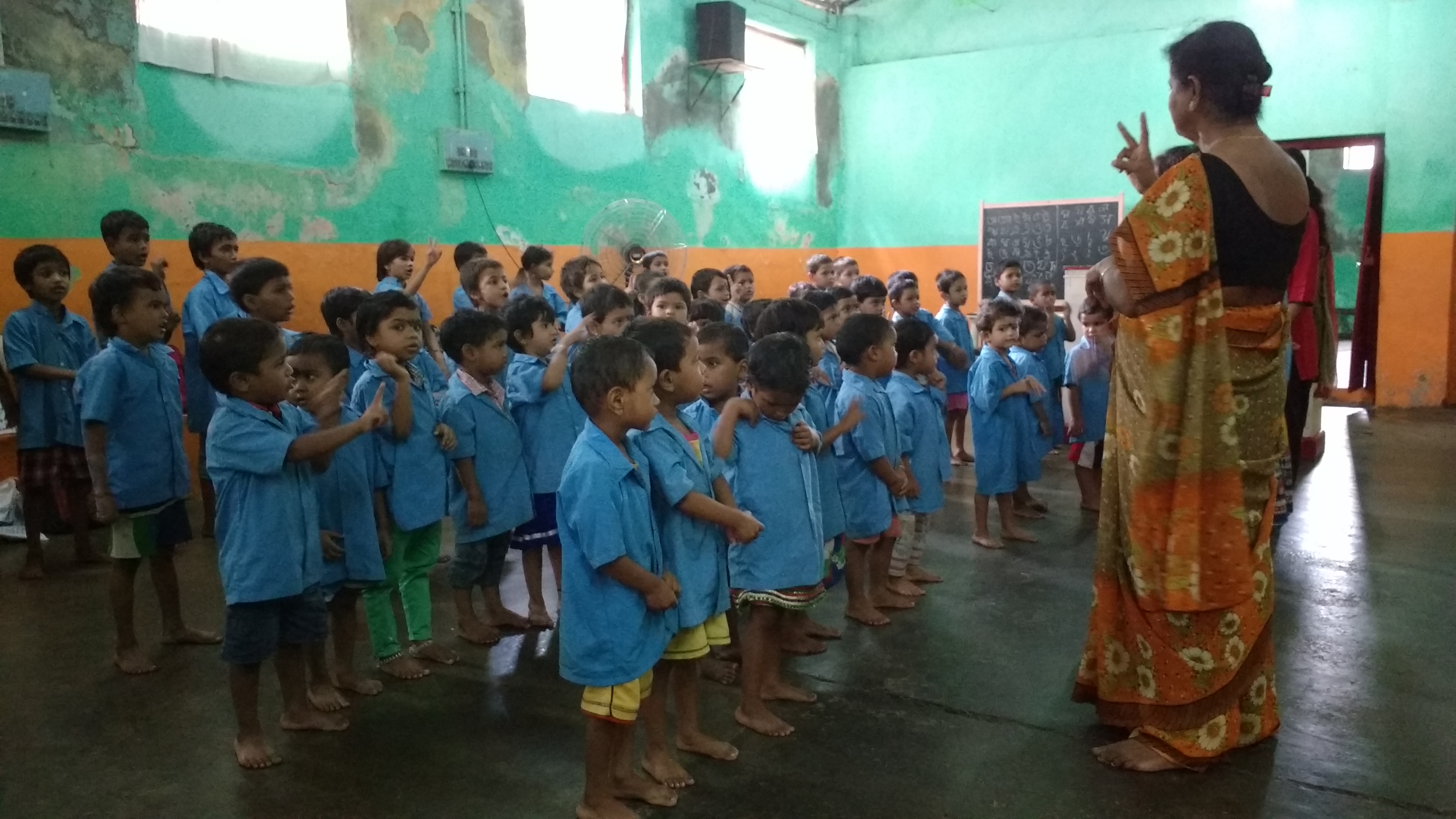 Kolkata is a city of contrasts. There is an old man with bare feet, pushing a ridiculously overloaded barrow through the wet Kolkata traffic. He is wearing a threadbare vest and tatty trousers. His face expressing the sheer effort of transporting his heavy load.

Approaching him on the pavement is a young girl. She is wearing vibrantly coloured clothes of obvious quality. Listening through headphones to the music on her up-to-date smartphone.

Today we have experienced the difference between rich and poor Kolkata. We spent this morning visiting Tangra School, a GNCEM school in one of the poorer districts of the city. As we were driven to Tangra we passed make-shift houses where we were told as many as twenty people lived together in a room the size of my bedroom. That’s where they ate, slept and worked. It was from these homes that the children came to the school where they were fed, taught and loved. We played with the children and joined in with their lessons. The morning was full of simple joy and laughter. Their enthusiasm for learning was infectious.

The afternoon was a real contrast. Anu, from the BMS Guest House, took us shopping at Dakshinapan Shopping Complex. It had a whole range of shops selling clothes and hand carved gifts from various parts of India. We separated out into groups to do the shopping and some bought gifts to take home to family and some for themselves, including clothing. The Complex was modest and we enjoyed an hour there.

On the journey to Dakshinapan we had passed some large plush shop fronts for brands such as Gucci and Burberry. Now, on leaving the Complex, we drove on to South City Mall. This was something else. This shopping centre was spacious, heavily air conditioned and populated by those who could afford to shop in luxury. There was tight security at the main entrance and at the entrance to every shop. Being very western it was not unfamiliar to us and gave us an uncomfortable time as we reflected on the comparison between our morning experience and where we were now standing.

At home, in England there are of course differences between the richest and poorest. But in Kolkata those differences are much more extreme. Today the old man and the young girl, the children at Tangra and the shoppers at South City have given us just a small glimpse of how great those contrasts are.